It has been said that the true mettle of a person is discovered through adversity. This sentiment is as true for companies as it is for individuals. For most of its early years, Tradewinds Construction enjoyed outstanding success and triple digit growth in the Las Vegas area as demand for construction services was booming. While new casinos were going up on the Strip, commercial investors and business owners were pouring vast resources into new construction efforts off the Strip in all areas of the Las Vegas valley. Tradewinds Construction was prepared for this explosive growth as the company was founded on the unique principle of being a “multiple service company” that offered a diverse selection of commercial construction services under a single roof. Many construction firms enjoyed the rising tide of the construction boom, but such growth was unsustainable and the crash of the century inevitably occurred. Many firms went out of business during that time, but Tradewinds Construction had wisely been accumulating retained earnings during the many years of success and possessed the capital necessary to weather the economic storm. Tradewinds also retained its team of highly skilled and fiercely loyal estimators, managers, supervisors and field personnel who all willingly participated in the sacrifices required to help insure the company’s survival through the economic downturn and positioned the company to hit the ground running when the market finally improved. 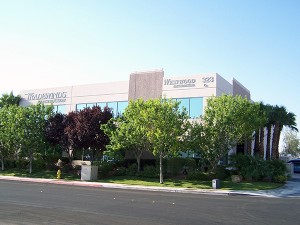 When the real estate market collapsed we sold our home of 15 years.

Prior to the real estate crash of 2008, Tradewinds Construction, with its multiple operating divisions, had grown to become one of the largest of the little guys and a dominant force in off-strip commercial construction in the Las Vegas area. Demand for Tradewinds construction services was high as banks freely made loans to real estate developers and business owners who were building large and small-scale build-to-suit and speculative commercial projects in the Las Vegas area. The real estate industry was a well-oiled machine where developers, business owners, lenders, and construction companies worked together in harmony and a healthy profit was realized for all. That well-oiled machine broke down completely when the real estate market crashed in 2008. Almost overnight, property values began a massive spiral downward. A property that was worth three million dollars in 2007 would drop to a value of only one million by 2010. Many landlords and real estate investors experienced rapidly growing vacancy rates, along with the plummeting values for their properties, as many businesses in the Las Vegas area experienced such a drastic downturn in sales that closing their doors was their only option.

While the real estate downturn in Las Vegas hit property owners hard, it also hit construction companies, such as Tradewinds Construction, just as hard, if not harder. When well over a dozen local banks were seized by the FDIC, all construction loans these failing banks had in process at the time never funded again, and a great deal of the construction supply chain, especially the contractors, were left holding the bag for the work they had already completed and paid for. This created a massive write down of receivables and, when added to the 70-80% reduction in revenue along with virtually no margin available on any of the limited amount of work that still existed in the marketplace, combined to create what amounted to a perfect storm scenario, and left many contractors in Nevada a long way up sh*t creek without a paddle. 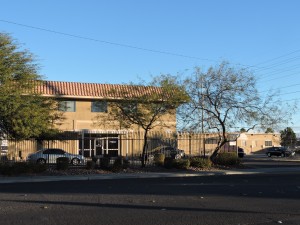 So how did Tradewinds Construction survive those harsh times when many of their competitors went out of business? They worked tirelessly to adjust and adapt to the new market conditions through careful planning and dedicated perseverance. They diversified geographically into California, which returned to economic health much sooner than Las Vegas, and their main focus was to ensure that everything that possibly could be done to help the company survive was being done. Everything was cut down to the bare bones except for the quality of their work. The size of the workforce was cut from three hundred down to sixty. A plumbing company that Tradewinds Construction owned that did work on the Strip was closed due to there not being enough work to justify its existence. The panelized roof structure and wood framing divisions were consolidated into a single entity. Nearly the entire fleet of company vehicles was liquidated. The company sold off its headquarters, which it owned, and moved to a much less expensive alternative, and everyone took a pay cut, including the two owners who took no salary at all. All of these actions were by design in order to find a way for the company to survive with its critically necessary workforce intact. The overriding mantra at this time was: is this expense absolutely necessary to help insure the survival of the company? If it was not, it was cast aside. In the end, the sacrifices and precision management allowed Tradewinds Construction to survive a calamitous economic downturn that buried many other companies.

Jeff Vilkin, the founder and President of Tradewinds Construction, notes, “Things were very grim for quite some time when the bottom fell out of the market in 2008. Many people I know in the industry went under during that time, and my partner, our staff, and myself battened down the hatches and tightened our belts as much as possible in order to survive. Our meticulous planning and efficient organizing of our projects and expenditures allowed us to weather the storm that was five long years in passing. We had to examine every expense to determine if it was justified for the survival of the company, and hard decisions were made and followed through. All our sacrifices paid off in the end as we’re now fully primed and poised to take advantage of the resurgent real estate market in Las Vegas. Hard work, perseverance, and an unflinching vow to never compromise on quality has allowed Tradewinds Construction to survive the harsh times with our reputation for sterling service fully intact. Now that the Las Vegas commercial marketplace is returning to a more sustainable level of growth, we are now looking forward to a bright and prosperous future.”